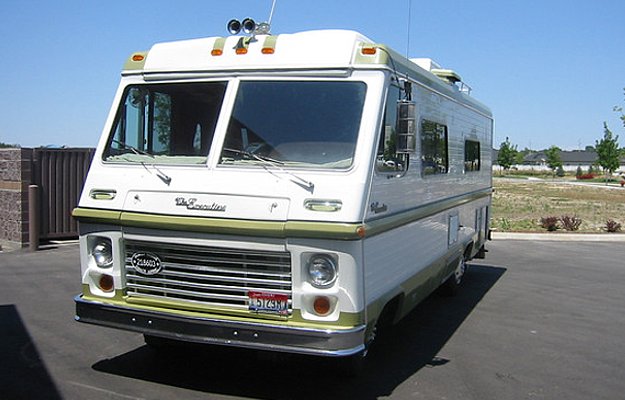 A bit of history on the Executive coach. Executive Industries made coaches from the early 70’s until Monaco bought them out in the 80’s. The Executive line is now owned by Monaco. I was told by numerous „old timer“ RVers at various rallies that the Executive really was something special. It was the king of the class A gas powered rigs in the 70’s. One gent told me that the Executive is what they all dreamed of owning when they were getting into RVing, but all they could afford was Winnebagos.